One hundred years ago this week, the first anniversary of Armistice Day was celebrated in Los Angeles. Mayor Snyder proclaimed it a general holiday, and asked stores and offices to close for it. (It didn’t become a legal holiday in the United States until 1938.)

The city had a busy day planned. Happily, all of the soldiers and sailors had been demobilized by then so they could be there to celebrate, too. The main event was at Exposition Park starting at 2 pm; it included a band concert, songs from the community chorus, speeches and flag dedications. More than fifty thousand people attended (far fewer than the half million that crowded the streets of downtown for the unofficial celebration when the war ended a year earlier). LA Times reporter Otis M. Wiles described the celebrants:

Los Angeles did not forget. Though a year of peace on earth had brought happiness back to the little cottage on the hillside and the mansion on the boulevard, the scenes that were revealed at the dawning of November 11, 1918 had not been erased from the minds of those crowding the gates of Exposition Park…

Scattered through the jubilant throng were many happy scenes, the olive drab uniform of the soldiers and the blue of the gobs mingling with the gaily-colored gowns of happy women and girls. Tanned doughboys bounced little tots on their knees. Mother clung to the arms of their boys who had returned to them. Red Cross nurses and canteen workers flitted through the crowds, selling tickets to the American Legion Victory Ball. But here and there was seen a veil, hiding a sorrowful face of one whose son had not returned. And many gold stars shone like the star of Bethlehem from black bands on many sleeves.

There were more events in other parts of the city, including an eagle show at the Selig Zoo, aviation stunts at the Mercury Field, a rally at the Bible Institute, and in the evening, the dance the nurses were selling tickets to at the Shrine Auditorium. The Victory Ball was organized by the American Legion to raise money for the Soldiers’ and Sailors’ Replacement Bureau, a group that helped veterans find jobs. It had been a taxpayer-funded enterprise, but the Legion was about to take it over in January, 1920.

That’s where film stars would be doing their part, as Grace Kingsley reported:

Up at 324 Byrne Building, headquarters for the Big Victory Ball and Peace Pageant which the American Legion is giving at Shrine Auditorium tonight the telephone never stops. And it’s all on account of the “lucky dances” they are going to feature. Ever since the papers announced that Madge Kennedy, Betty Blythe, Carroll McComas, Gladys Brockwell, Enid Bennett, Antoine Moreno, William Russell, Tom Forman, Bryant Washburn and Wallace Reid would take part in a dance in which names drawn from a box would determine who the stars’ partners would be for the dance, the telephone has never stopped.

“Is it true that I’ll be able to dance with Wallace Reid, if I come to your dance at Shrine Auditorium?” a sweet young voice will ask when the receiver is lifted. When assured that she has that chance, confused sounds of delight ensue from the other end of the wire.

The Ball was a big success: over seven thousand people attended. The paper reported that everybody was so eager to dance, that when the band struck up a tune before the Peace Pageant, they all jammed the dance floor and the authorities had a terrible time getting them to sit back down again.

A few days later, Kingsley said that Blythe and Russell provided a little show for the people who didn’t win a dance with a star:

When you’re going to do a Brodie,* take a quiet spot—advice from Betty Blythe and Billy Russell, who should know. You see, while waiting for Charlie Condon to find a lost overcoat at the Shrine Auditorium ball the other night, the two stars seated themselves clubbily and dramatically on a table in the hall. And just as they were striking the most beautiful poses before the admiring eyes of a hundred fans, down came the table beneath them.

Ouch! No permanent damage was done to the actors. 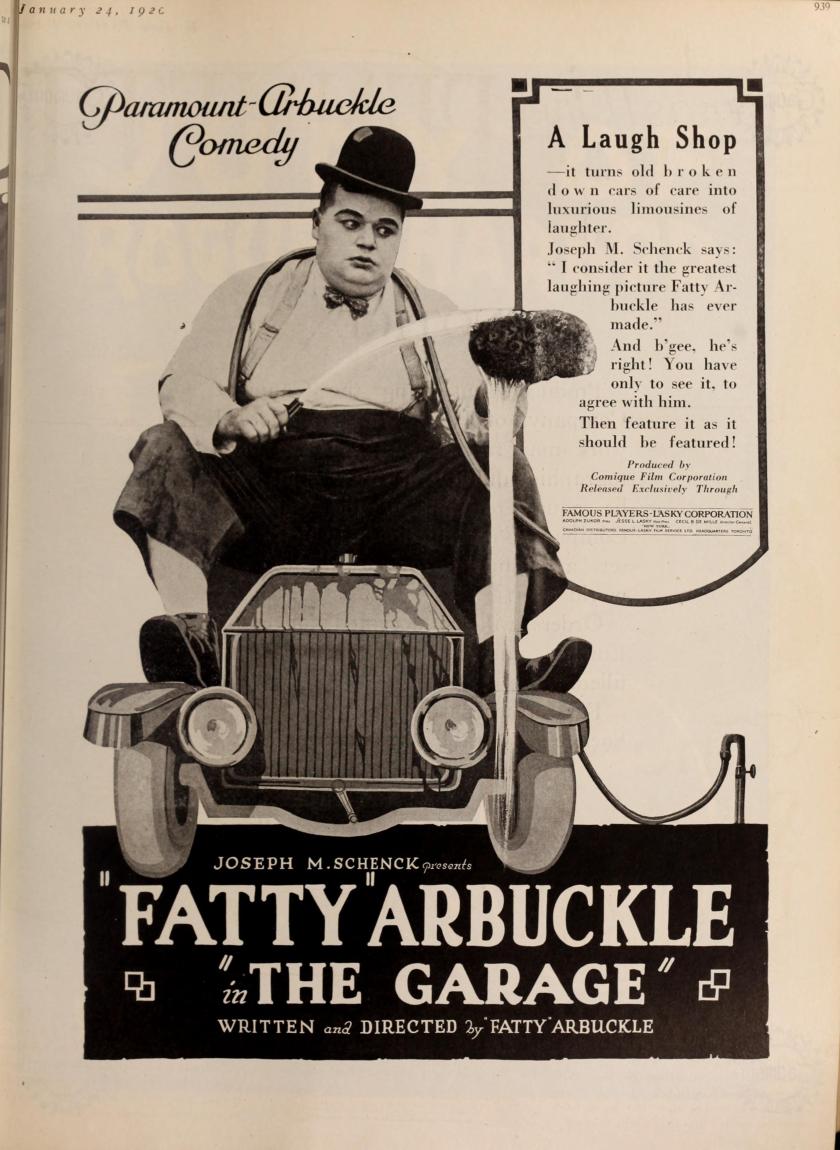 This week, Grace Kingsley mentioned a story that shows there was once an alternate scene in Roscoe Arbuckle’s The Garage:

Huh! Those smarty aleck scenario writers had better look to their laurels! Molly Malone, Roscoe Arbuckle’s leading woman, yesterday thought up a remark right out of her own head, so clever it is going to be used as a subtitle in Mr. Arbuckle’s current comedy. And she did it right in the middle of a scene, too.

It seems that the scene was a thrilling one, in which Miss Malone’s clothes are supposed to be burned from her. The action occurs in the interior of the house and Mr. Arbuckle calls out to her after her clothing is destroyed:

“Jump out of the window, Molly, jump!”

“I can’t,” called back Miss Malone, “the board of censors won’t let me!”

Students of Arbuckle’s films know that there’s no such scene in the final film. In the version available now, Malone is taking a bath when she realizes that the building is on fire, gets dressed, goes to the window and jumps into a net and bounces into the telephone wires. Buster Keaton and Arbuckle rescue her from them, she collects their car and they fall in and drive off.

Malone has plenty of clothes on in the final cut

Maybe her remark helped them realize her lack of clothing was too much for the censors, so smarty scenario writer Jean Havez re-wrote the ending. 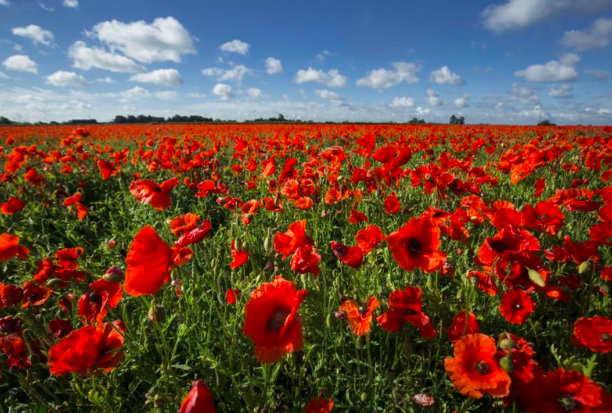 Happy Armistice Day to all. Blog readers don’t forget, either.

*Steve Brodie claimed that he jumped off the Brooklyn Bridge; after that, spectacular falls were called Brodies.