One hundred years ago this week, Grace Kingsley reported that the Motion Picture Directors Association were planning to hold a ball on Thanksgiving night at the Alexandria Hotel. In addition to dancing, there would be a buffet supper and a special program of surprises. They promised that directors and movie stars would attend. Tickets were available only from MPDA members. The Los Angeles Herald (November 9, 1916) added that the event would begin with a concert at eight o’clock, and dancing would just begin at 9, without a grand march to start things off. The previous year’s ball had been a success, and they raised enough money to endow three beds at a local hospital for the use of motion picture people. The 1916 ball was equally successful, according to the Times (December 3, 1916). Directors and stars did turn out, including Lois Weber,  Mary Miles Minter, Ruth Stonehouse, Bessie Barriscale, and Herbert Rawlinson. Unfortunately, the paper didn’t tell what the special surprises were.

So Thanksgiving hasn’t always been mandatory family obligation holiday during which you eat yourself into a food coma and spend the evening on the sofa wondering why you did that. People just had a reasonable amount of turkey, fall vegetables and pie, and still had energy to go out to a dance. There were Thanksgiving football games (the first was held in Philadelphia in 1869) but not on the West Coast. The tradition of parades didn’t start until 1920, when Gimbles department store sponsored a Thanksgiving Day Parade, also in Philadelphia. In the teens, they did have one Thanksgiving activity that’s been moved to Halloween. Some kids and adults went “masking”: they dressed in costumes and strolled through the streets, asking for pennies, apples or candy, according to NPR.

In her film reviews this week, Kingsley asked an excellent question:

Why aren’t we given more pungent screen comedy like American Aristocracy and fewer “mellers,” with ladies who register emotion by letting down their back hair and crawling up out of their corsets?

Aristocracy was a good-natured satire of nouveau-riche Americans written by Anita Loos who “has struck a new stride in motion picture comedy.” Star Douglas Fairbanks “is first seen as an entomologist in search of new sorts of butterflies but a girl swerves him from science, and for her sweet sake and that of the admiring public, he performs all sorts of hazardous stunts in that graceful athletic way of his. Fairbanks never misses putting over a comedy point, and in addition, has that bubbling good humor, that robustness of spirit, which is entirely irresistible.” What’s even more remarkable is that this is the fifth Fairbanks film in as many months: he was able to maintain high quality while producing so much. The film was preserved at the Eastman House and is available on the Internet Archive.

D.W. Griffith was still chatting with reporters about Intolerance. He mentioned that he planned to kill Mae Marsh’s character because the actress was so good at dying artistically, however, so many people asked for a happy ending that he finally relented. He didn’t say how he planned to off The Dear One. Maybe she could have died from grief at all of her troubles, or been killed in a car wreck as she raced to The Boy’s rescue, but neither seem very plausible. 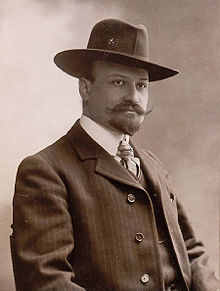 Kingsley reported that “for the first time in the history of motion pictures, a photoplay is to be turned into an opera.” Jesse Lasky sold the operatic rights to The Cheat to Camille Erlanger, a French composer. There was plenty of melodrama to work with: a society woman steals $10,000 from the Red Cross to invest in a company; when the company fails an Asian curio dealer offers her that amount to sleep with him. She reneges at the last minute, he brands her and she shoots him. Her husband almost takes the blame, but in the courtroom she revels the brand and confesses. 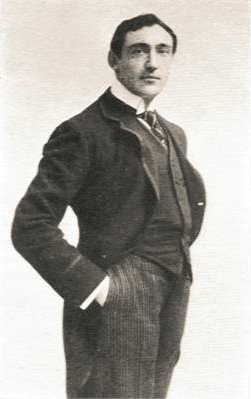 Erlanger did write the opera and it premiered posthumously in 1921 (he died in 1919) at the Opera Comique in Paris. Re-named La Forfaiture, the New York Times (February 12, 1921) reported that critics said the action was inferior to the film, but the music and interpretation were well spoken of. Kingsley was right: it was the first film adapted as an opera.