One hundred years ago this week, the first draft lottery for the Great War was held in Washington, D.C. and Grace Kingsley reported on how the news was received in Hollywood:

On the various “lots” were gathered throughout the afternoon, little knots of actors, directors, extras, employees—all in a democracy for once, with the lines of professional caste forgotten. With stolid faces or with an air of suppressed excitement, according to the nature of the individual, crowds of actors and actresses read the draft lists in the papers.

And there was something mighty fine, something that made your proud you were an American in the attitude of those boys who had claimed no exemptions and whose names were printed in the fateful lists. No swank or swagger, no murmuring either—for the most part brave silence, with just sometimes a quick little catch in a tense throat, a slight unconscious squaring of shoulders, a quick, excited little laugh. The women were the agitated ones, grasping at the lists, eagerly questioning, turning away sometimes with quick little sighs of relief or with sparkling eyes, rallying the boys whose names appeared—but there were tenderness and pride in the rallying, too.

Every man who registered for the draft on June 5th was assigned a number between 1 and 10,500. The numbers were drawn in a lottery held at 9:30 am in the Senate Office Building, and the results were sent by telegraph to newspapers throughout the country. The men whose numbers were selected had five days to report to their local exemption board which determined if they had dependents, or if their job was more important to the war effort than being a solider. They were also examined by a doctor for physical disabilities. Kingsley was slightly inaccurate: men who claimed exemptions on their registration did get called before the board if their number came up. 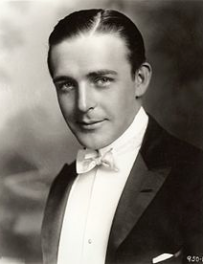 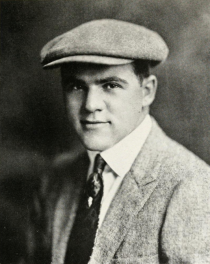 Among the 15,000 men chosen from Southern California in the first group were actors Wallace Reid and Charles Ray, directors Marshal Neilan and Charles Parrott (later known as Charley Chase), and producer Hal Roach. None of them served, because they all had wives and children and were granted exemptions. Fighting was left to volunteers and unmarried men. Selective Service rules have changed; since 1973 marital status has no effect on your draft status.

Kingsley’s favorite film this week was Sudden Jim starring draft lottery ‘winner’ and “fascinating young actor” Charles Ray. She found it was both a “crackling yarn” and a “corking story:” a clothes-pin manufacturing heir whose wood supply is threatened by a crooked businessman saves his business by seizing a loaded train from the lumber camp. A thrilling chase ensues, and Ray drives the train through a mountain fire and across a burning trestle just before the bridge is dynamited. I wonder if Buster Keaton or his writing staff on The General saw this now lost movie, then added a second train for this:

Kingsley addressed why people still went to the movies this week.

Those curious persons who are never happy unless inquiring into the whys and wherefores of things, many of whom looked upon motion pictures as a fad, are now asking why they continue popular.

She came up with four reasons:

I’m a little disappointed that she didn’t include “because live theater can’t show you thrilling train chases.” Her reasons still hold up; the only surprise is that there was anybody left still calling films a fad in 1917. However, this sort of think piece hasn’t gone out of fashion, either.

Poor Charlie Chaplin had more health problems (just seven months ago, he’d been injured while making Easy Street). This time he’d spent ten days bedridden due to two carbuncles (clusters of boils) on his legs. They had been lanced as soon as he noticed them and the doctor ordered him to rest, but Chaplin didn’t follow his advice and the next day he was bedridden in terrible pain. Two doctors were able to prevent sepsis  (she didn’t say how) and after some undisturbed rest, he was able to go back to work. Before antibiotics, carbuncles could be dangerous: in 1916 Roscoe Arbuckle had one on his leg so severe that the doctors considered amputation. 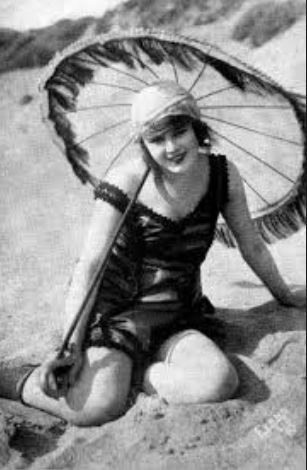 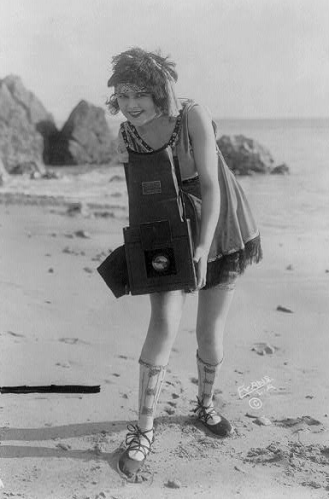 No matter how many carrots I eat, I don’t look like this.

Keystone actress Myrtle Lind offered beauty advice this week. Since she thought that health is beauty, she’d become a vegetarian, saying “elimination of meat from the daily diet, in conjunction with outdoor exercise, is the thing for California. The idea that one has to eat a lot of meat if he leads an active life, I am sure, is wrong, for few people lead a more strenuous existence than do Keystone girls.” I think she might be missing something here: I exercise regularly and eat little meat, nevertheless, I look nothing like a Bathing Beauty. Could it be a bad idea to take advice from celebrities? (Nevertheless, at least she wasn’t selling something like they do nowadays!)

One hundred years ago this week, Grace Kingsley reported that a new film had struck a nerve.

This department is in receipt of several letters from various persons praising in the highest terms [writer] Frank Woods’ picture “The Children Pay” at Clune’s Broadway. The story deals with the sufferings and humiliations suffered by children whose parents are divorced. In fact, the picture seems to have had a wide appeal, not only because of its purpose, which is worked out in a natural and unforced way, but because of the fact that Lillian Gish has several fetching comedy scenes which apparently have caught the public taste.

The Children Pay told the story of Millicent (Lillian Gish) and Jean (Violet Wilky), sisters who have been separated because of their parent’s divorce. To reunite, Millicent marries her lawyer and takes custody of Jean. (Gish was 23 at the time, so it looked less like pedophilia.)

This was unusual because Kingsley rarely mentioned the response she got to her columns. She didn’t entirely disagree with the letter writers; her review said that despite the questionable legality of a minor girl being appointed guardian of her younger sister and marriage without her parents’ consent, the film was “a logical, human and appealing little story, though dragged out tiresomely in some scenes.” She agreed with the letter writers that Gish “shows herself possessed of a quaint but keen sense of fun, and it is very pleasing to view the young lady whom we have been accustomed to see weeping, playing a prankish part.” The review ran on Wednesday and she mentioned the letters on Friday, so the various persons were annoyed enough to write in right away.

Kevin Brownlow wrote that divorce had been the subject of films since Detected (1903) and while it was commercial, The Children Pay was the first film to treat it with concern and its victims with compassion (Behind the Mask of Innocence, p.34). The film has been preserved at the Danish Film Institute.

Kinglsey liked some of the week’s other releases more than The Children Pay. Her favorite film was a “bright, clean-cut and sparkling romantic comedy” The Prince of Graustark because it “discusses no ‘problems,’ nobody chest heaves or emotes and there is no villain. It is simply a delightfully ingenious comedy, with a smashing surprise finish!”

It’s been preserved at the Eastman House, but in case you’re not planning a trip to Rochester soon I’ll spoil the surprise: Prince Robin must save his country from bankruptcy by marrying a neighboring princess. He refuses and sails to the United States where he meets a wealth financier who agrees to give him the money with the hope that he’ll marry his daughter Maud. He meets a woman whom he thinks is Maud, they go back to Graustark, but she’s not the financier’s daughter, she’s the princess! (I bet you didn’t see that coming!) The novel it was based on is fun, too, and it’s available on the Internet Archive.

Thanksgiving was this week, but Kingsley didn’t miss a column and it barely rated a mention. Special holiday matinees were at the Morosco and Burbank Theaters, and backstage at the Majestic, where A Trip Through China was in its third week, the local Chinese community planned a Chinese Thanksgiving dinner with birds’ nest soup and chop suey for Benjamin Brodsky and his associates.

This was also the week of salary news:

According to the U.S. News and World Report, in 1915 the average man made $687 per year and the average woman made half that. So it’s no wonder people were astonished by entertainers’ salaries.

Kingsley mentioned an actor’s fashion prediction. “Charles Ray, Ince star, has made the discovery that wrist-watches worn by men are not effeminate – not when you know how they originated and you wear them in the proper spirit—So there!” He pointed out that the custom started among soldiers fighting in the Boer War, who didn’t have a pocket to put them in. He continued “and believe me, the day is coming when more American men than you can count will agree that it is a convenience, not just a fad.”

Of course he was right, but it took soldiers fighting in World War 1 to really change public opinion, according to History.com. Wristwatches had been stereotyped because the first ones were pieces of jewelry worn by women (and obviously, if women do something it must be questionable).

Ray was a popular star until 1923, when the big-budget The Courtship of Miles Standish failed at the box office. He continued to act, but he filed for bankruptcy twice and ended up playing bit roles until his death in 1943.

Finally, Kingsley mentioned that inter titles had hit a new low, when one of the films playing that week included “the announcement of the fact that the heroine’s gentleness is softening the villain: ‘A softening influence has stripped the husks from the eagle’s heart.’” I haven’t been able to find out where it came from; none of the ten films playing seem an obvious candidate for this monstrosity. It’s useful to remember that people in 1916 were not fans of the purplest prose. They had standards, too.