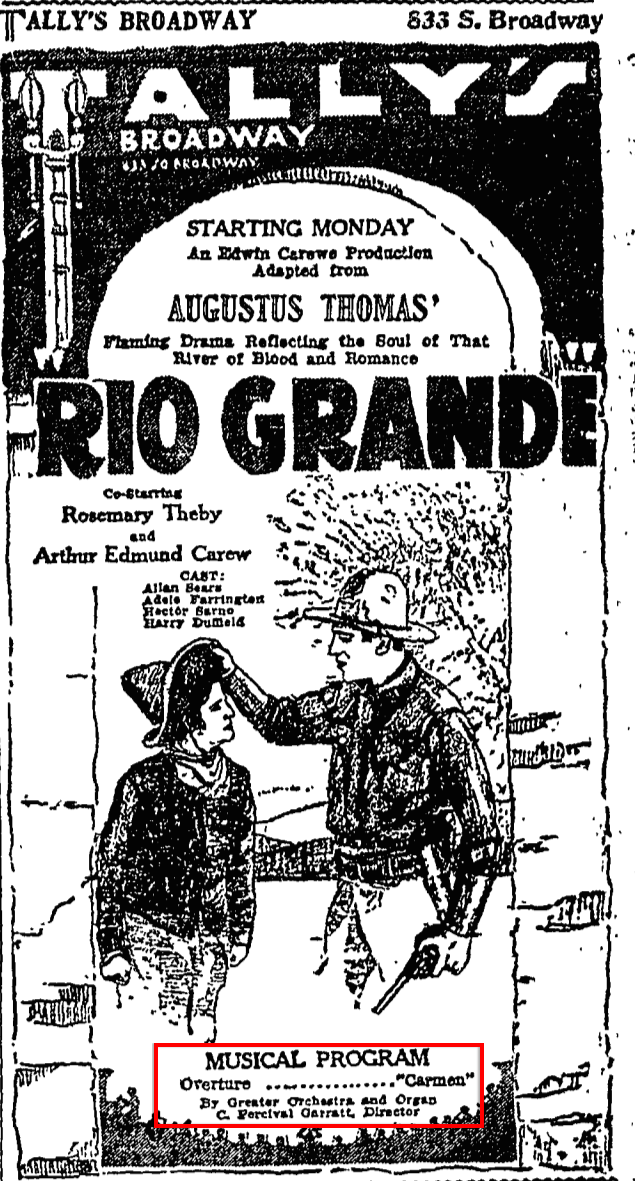 One hundred years ago this week, Grace Kingsley raved about part of one movie theater’s evening of entertainment she usually didn’t think to mention:

a synchronization for music so happy that at moments it seems inspired, and at highly dramatic moments even gives the effect of grand opera, so happily does it fit the story.

Such a case is that of the melody entertainment at Tally’s Broadway this week, where Rio Grande, from Augustus Thomas’ vivid melodrama, is the attraction. So excellent is this music, and so cunningly selected, that I’m sure its effect largely aids in evoking the cheers and applause frequently punctuating the showing of this picture, not to mention the hisses at the villain.

The man who was responsible for that inspired soundtrack was C. Percival Garratt, Tally’s Broadway musical director and organist. By 1920, he already had seven years experience as a theater organist. According to an article about him in the San Diego Union and Daily Bee, “it was largely due to his efforts that leading theaters on the Pacific coast today have organs.”

Charles Percival Garratt was born in Surrey County, England on November 12, 1868. His father, Charles Augustus Garratt, was also a noted organist and music teacher. In the mid-70’s the growing family moved to Hamilton, Ontario, and by the end of the decade they moved to Milwaukee, Wisconsin. Around 1890 C.P. Garratt moved to Knoxville, Tennessee and in 1894 he became the music director at the University of Tennessee. He graduated from the New England Conservatory of Music in 1899. In 1912 he moved to Southern California and was hired to play the organ at the Santa Ana Presbyterian Church.

So in 1913 when theater owner Robert W. Woodley wanted to build a much fancier theater, he was available. Mary Mallory wrote about the new place:

A consummate showman, Woodley bought what the September 25 issue of the Los Angeles Times called a “super organ,” “equipped with full orchestra, brass, strings, drums, and grand piano,” for his flashy organist C. Percival Garratt. Per the paper, Woodley first purchased the organ before designing a theater to hold it, and then bought the property on which to build. Woodley’s swanky theater featured all-leather seats with two-seat divans in the loges and solar ventilation that helped heat and light the structure.

In April 1917 Garratt moved to San Diego to play at the Pickwick Theater, but he returned to Los Angeles in 1918. He rarely got mentioned in the paper, but according to census records, he mostly made his living as a music teacher. He died in 1954. 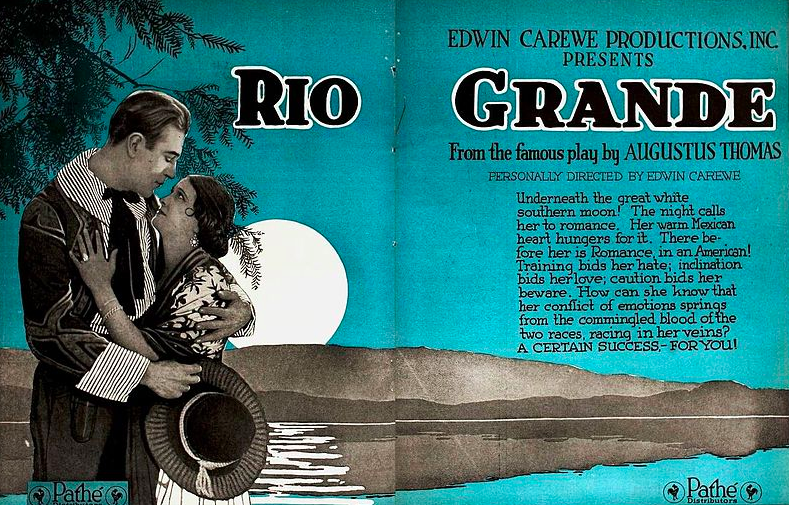 About the now-lost film itself Kingsley said “the picture is too long, and would be better by being clipped a bit at each end.” Nevertheless, it was “fascinating,” showing what a difference the music can make for films. 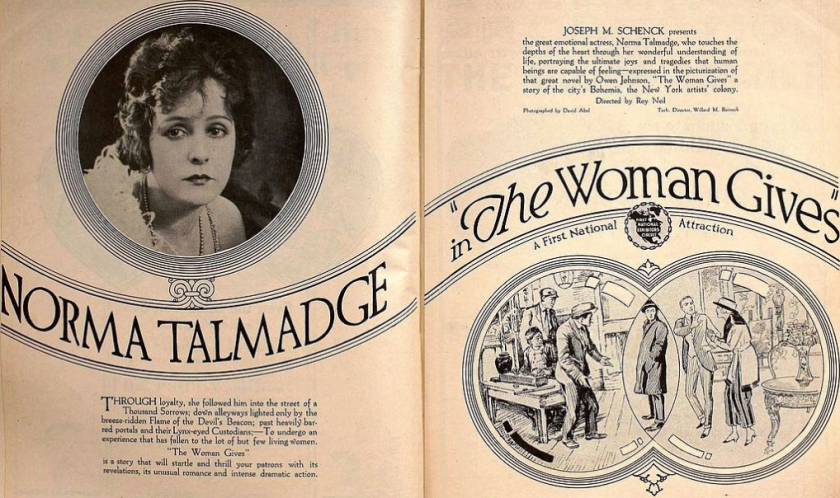 Kingsley had much less enjoyment at another theater this week:

Norma Talmadge is packing ‘em in at the Kinema this week with The Woman Gives, a story that is good without being anything out of the ordinary, and which would be much improved if the action had not been so slow, also if there had been fewer close-ups of the star. Miss Talmadge is remarkably expressive, and gets thought and feeling over vividly by the expressions of her face, but there are far too many close-ups of her in the picture.

The Woman Gives is a human story, having to do with a superior girl in love with a mediocre artist, who is jealous of the fine man through whose influence both get their chance in life…The suspense of the drama arises from the fact one cannot imagine which of the two men the girl will finally accept in marriage. How much longer, I wonder, will Miss Talmadge continue to hold her hordes of admirers merely with intelligence, beauty and cleverness, but minus first-class story material?

Ouch! I’ve never seen “too many star close-ups” as a criticism. Variety agreed with her pan, saying “Norma Talmadge’s unusual talents are wasted on such stuff.” Nevertheless, her career survived quite nicely. The Woman Gives has been preserved at the Library of Congress, and Talmadge biographer Greta de Groat saw it and said, “this was fairly interesting, though I would have liked it better if Norma had not been quite so saintly.”