I don’t want any war stuff, nor do I want religious themes and above all I will not consider sex themes. Crime and sex should be taboo from pictures. Wholesomeness should prove their predominating note. We want comedies, dramas, and comedy-dramas of one, two, three and five reels.

Grace Kingsley had already seen enough movies by 1917 to know that this wouldn’t work; she wrote:

We believe he’s going to have a rather hard time finding absorbing stories which have neither crime nor sex in them, unless he produces only comedies of the most superficial sort. Also the war is going to yield some gripping literary by-products, which cannot be overlooked. We think the development of picture literature would meet with a severe retardation if nothing is to be shown in a picture theater which would not do for a Sunday-school entertainment.

Of course Kingsley was right. Brady’s next writing credit was for a film called The Divorce Trap, so his taboo on sex didn’t last long. Brady stayed at Universal for a year, then moved on to Metro. In 1920 he published a lecture called “The Necessity of Original Photoplay Material” [available on Google Books); it’s mostly about how few good screenplays come across his desk, buried beneath a mound of unprofessional trash. There’s not a word about wholesomeness or avoiding war, crime or sex. Moralizing has always been a temporary idea for the movies. 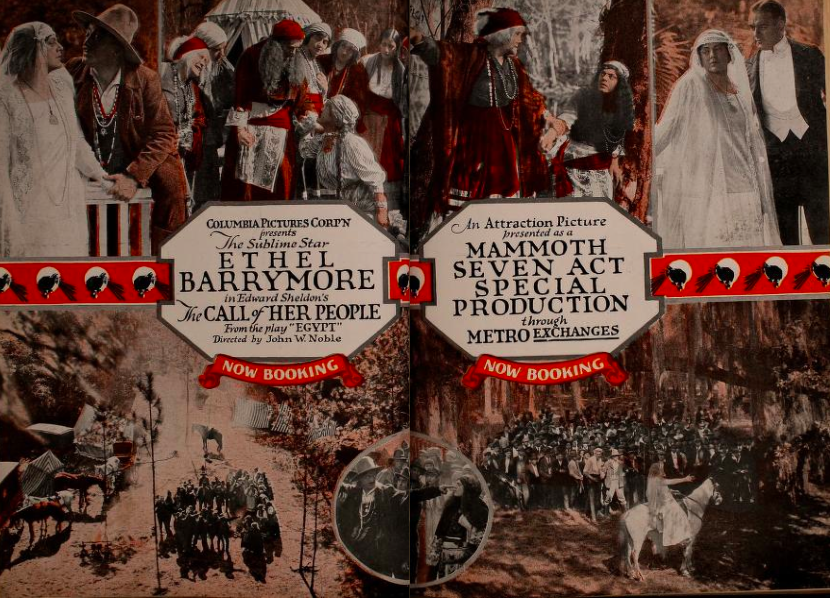 Kingsley’s favorite film this week was The Call of Her People, the story of a Roma woman who is torn from her new husband and sent to live with her birth family, which is wealthy and white. After abandonment, imprisonment, a murder and a chase, it turns out that she isn’t their daughter and she returns to her husband and people. Even though it was “undiluted melodrama” Kingsley thought it “holds the spectator in its grip through the last inch of film” particularly due to its star, Ethel Barrymore, who “is one of the few actresses who can press emotion home to our imaginations as well as envision it to our eyes.” The film has been preserved at the Eastman House. 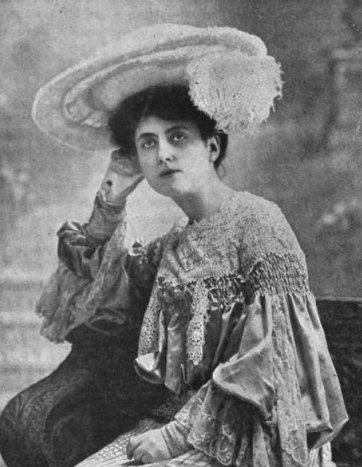 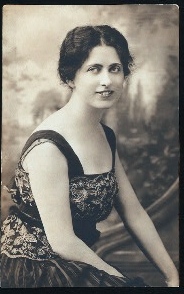 However, the most entertaining thing she saw this week was a sketch at the Orpheum, “Our Little Bride.” Rosalind Coghlan played the young woman who

in seeking to obviate the necessity for marrying a very rich, very disagreeable old man, becomes the champion long-distance, high-geared fiancée of the world’s history, engaging herself to four young men within fifteen minutes. She loses them one by one, and then gets them all back together again in comical confusion.

Kingsley found it “an antidote to numberless soggy picture dramas.” Better yet, according to actor Donald Bowles, the story was based on his niece, who did escape her family’s choice of husband and lived happily ever after with the fiancé she wanted. 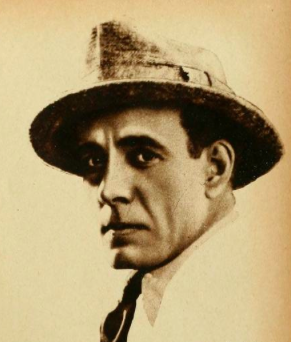 Kingsley talked to theatrical impresario Oliver Morosco about the many actors who were sacrificing lucrative contracts to fight in the war, for example, Lewis Stone who “gave up a three-year contract with me at a salary graduating from $350 a week the first year, $400 a week the second year to $500 a week the third year.” Stone came back safely from his service in the Calvary and made up for any lost wages with a long film career that included seven films with Greta Garbo and fifteen Andy Hardy movies–he played Judge Hardy, Andy’s father.

Kingsley’s best line this week was in a review of a Raoul Walsh film, The Silent Lie. She wrote that it “is composed of events which never would have happened at all if the people concerned had used a bit of sense.” Movies haven’t changed much in 100 years! Walsh went on to make better films like High Sierra (1941) and White Heat (1949).